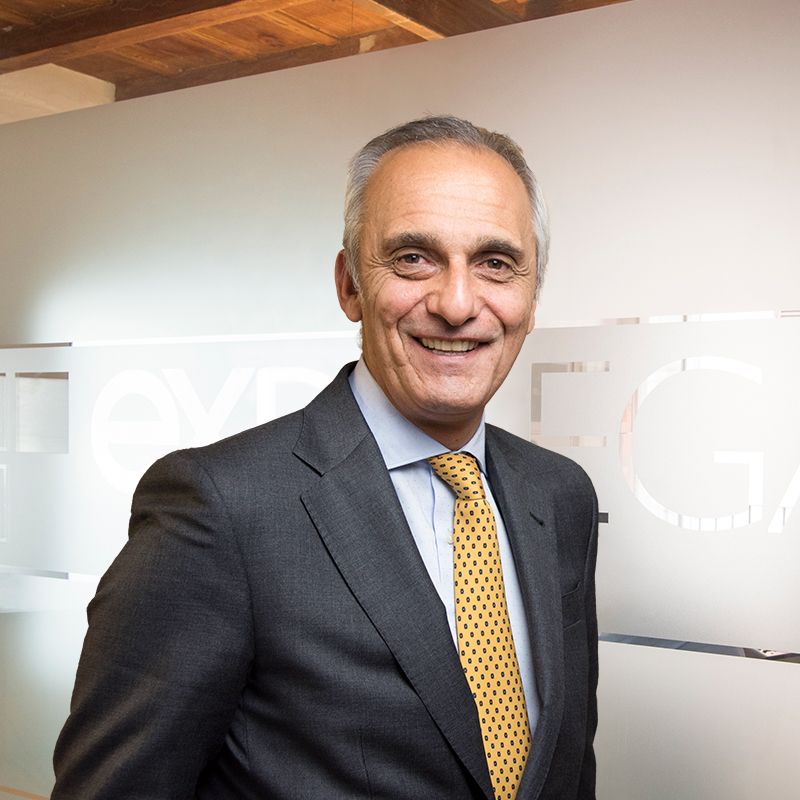 Founding Partner of EXP Legal – Associazione Professionale, he provides legal assistance for private and public banks and companies in the field of corporate law and represents Italian and international clients. He has been previously Partner in important Italian and international law Firms, in particular: from 1985 to 2014 he was Partner of the law Firms: Dalla Vedova, Frere Cholmeley Bischoff, Pirola Pennuto Zei and of counsel of CFMP, creating EXP Legal in 2015.

He developed the implementation in Italy of the EU Regulation on the transnational insolvency for the MG ROVER Group, providing assistance to the Receivers appointed by the foreign Judicial Authority and is waiting for the formalization of the assignment to the Chamber of Commerce as an expert for the negotiation of the crisis. His long-standing experience in the field of commercial and corporate law, mainly internationally, also thanks to his participation in the International Lawyers Network, as well as company crises management has made him an excellent Professional representative of the insolvency sector, allowing him to be appointed as receiver by the Ministry of Economic Development, and by IVASS (Istituto per la Vigilanza sulle Assicurazioni) on several crucial proceedings of forced liquidation and by the Bankruptcy Division of Rome Tribunal; he has also served as member of Board of Directors and Board of Statutory Auditors of trading companies.

Until 2021, he was a member of the Surveillance Committee of Gruppo Condotte spa with headquarters in Rome, currently in extraordinary administration proceedings.

In the area of private clients, he assists Italian and foreign clients in estate matters and contracts, in particular in the field of beneficial and personal rights. He gained a significant experience in the administration of estates of individuals with limited legal capacity, receiving the assignment from the Tutelary Judge and having obtained the authorization to operate as legal guardian.

In his professional fields, he carries out judicial activities, both before the courts of merit and the Court of Cassation.

Through independent search, Giorgio has been indicated also for 2018 leading practitioner for Italy in the “Who’s Who of Insolvency Restructuring Lawyers” edited by Law Business Research.