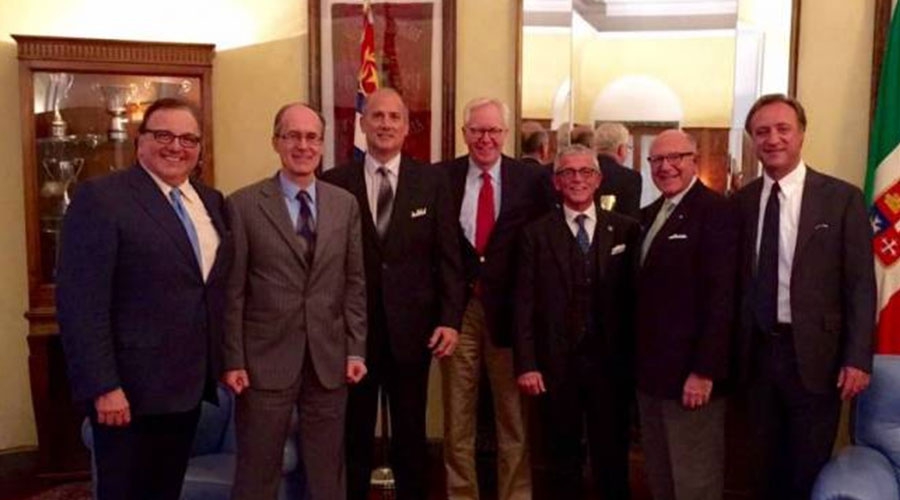 Following the October Annual Gala Dinner in Washington D.C., on November 12, 2015, NIAF Italia hosted in Rome a legal conference “Innovation through Regulation: How Legal Reforms Can Strengthen Economic Cooperation between Italy and the United States.”

Following the Gala, on November 12, 2015, NIAF Italia hosted a legal conference “Innovation through Regulation: How Legal Reforms Can Strengthen Economic Cooperation between Italy and the United States.” The Rome conference was held in the Vanvitelli Room at the Avvocatura Generale dello Stato in Via dei Portoghesi.

After the welcome address by the President of Avvocatura Generale dello Stato,  Massimo Masselli Ducci Teri, the conference opened with introductory remarks by Catalfamo and Del Raso.  Ambassador Phillips also addressed the conference attendees, followed by the keynote speech delivered by Congressman Marino, who serves as chairman of the U.S. Congressional Subcommittee on Regulatory Reforms. The first panel discussed legal reforms and dispute resolutions and was moderated by Stefano Amore.  A second panel followed regarding reforms and bilateral investments.

NIAF Italia Foundation is an Italian charitable foundation formed in 2014 under the law of Italy and under authority to operate from the National Italian American Foundation, the USA Foundation (founded in the United States in 1975).  NIAF Italia Foundation fosters cultural, political, and social relations between the United States and Italy.  It organizes conference and round table discussions, and conducts research on Italian and American culture, as well as on political and economic interactions. Visit www.niafitalia.org